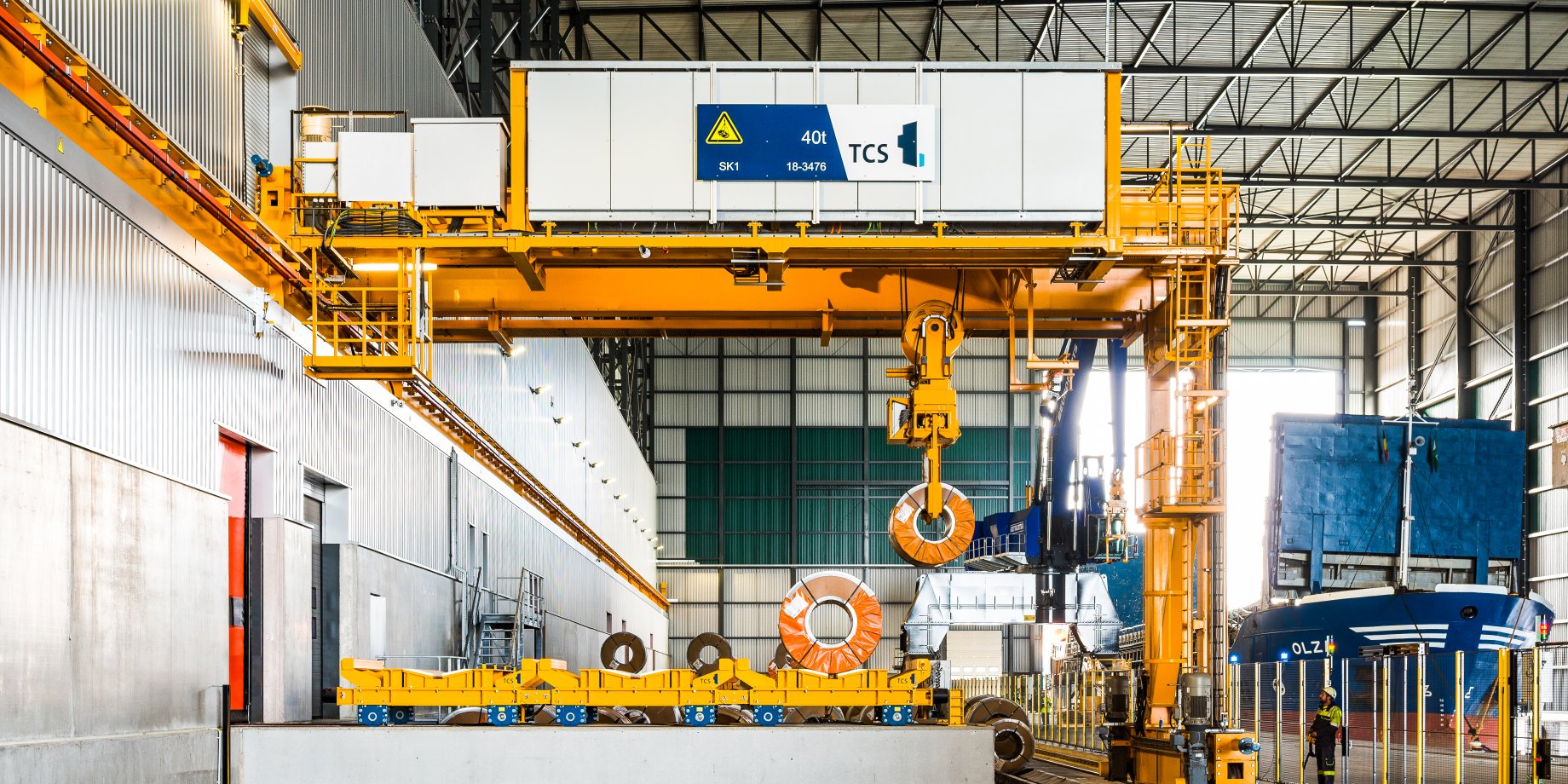 As a result of the automation at the All Weather Terminal near the North Sea Port in Ghent, ArcelorMittal lives up to the role of a pioneer again. The terminal is available 24/7 and hyper-efficient, which reduces the CO2 footprint of deliveries significantly. “Nowhere in the world steel coils are being shipped so efficiently,” says Timothy Van Steenberge, Project Leader of Automation at ArcelorMittal.

The automation of the new terminal for shipping steel coils was preceded by an extensive study. “On-site in Ghent, we’ve been focusing on automation for many years,“ states Timothy Van Steenberge. “Our ambition, however, reaches out much further. All Weather Terminal Ghent also requested to significantly boost their flexibility for delivery per ship. Transport by sea is far more ecological than transportation by road. We had to do a significant part of our deliveries by truck because ships could only be loaded in favorable weather conditions. All Weather Terminal Gent now offers a terminal that is available day and night and in any weather circumstances. We wanted to make it hyper-efficient through automation." 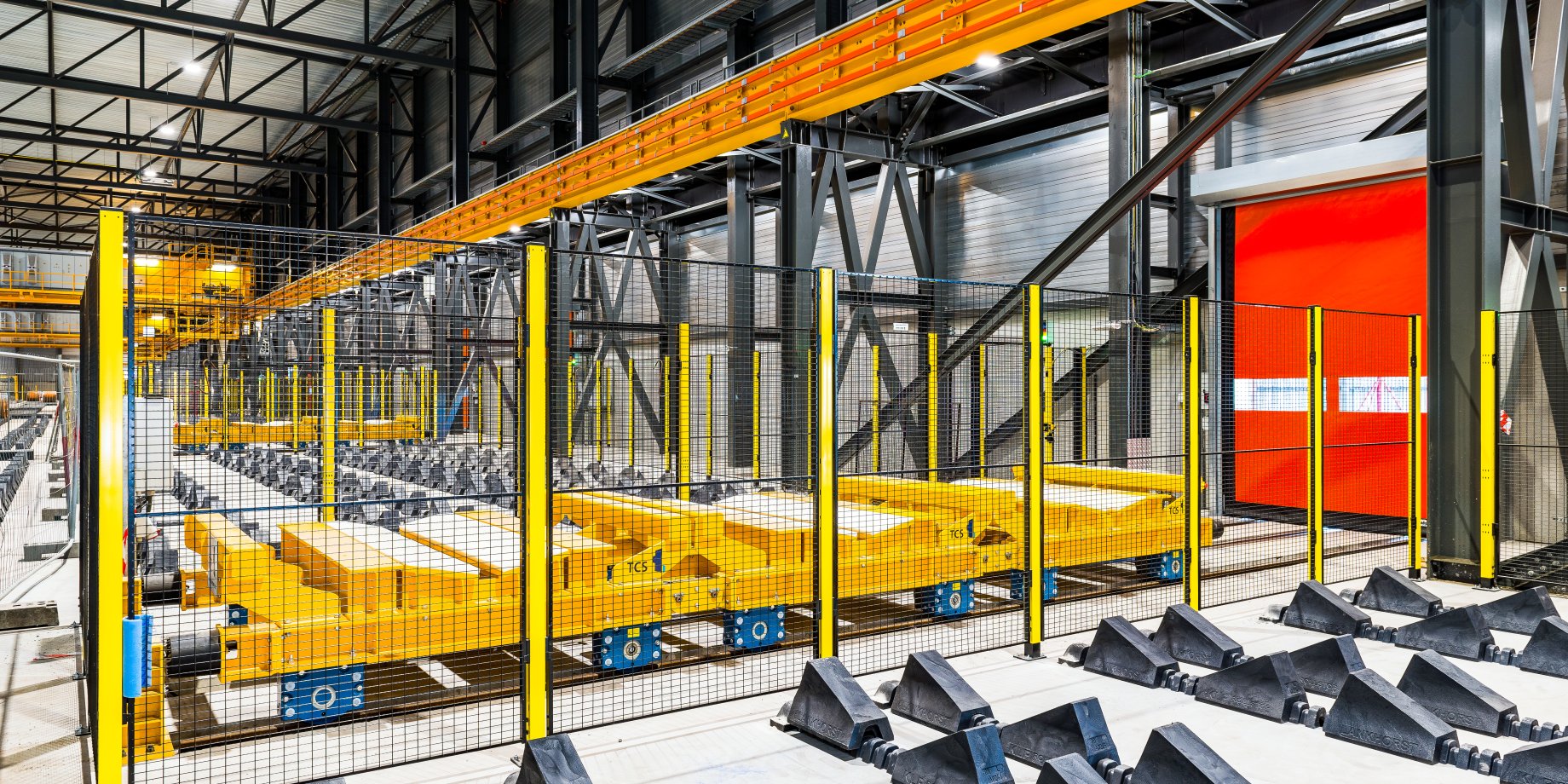 An automatic and intelligent process

ArcelorMittal provided the flexible automation of transport movements at the terminal, crucial for operational efficiency.

Van Steenberge explains the operations: “There is a whole intelligence behind the automatic storage and sorting system and an extensive apparatus of scanners and sensors.” The storage location of the coils in the warehouse is fully automatic, based on the characteristics and dimensions of the coils, the space and accommodation available for storage and the scheduling of subsequent deliveries. Costs are also taken into account. Subsequently, for each delivery, the correct coils are brought to the loading dock fully automatically using the warehouse cranes, eight transfer cars and two sorting cranes. On the quay, the coils are then perfectly positioned to be picked up and loaded manually with large harbor cranes. It took extensive research to arrange the interaction of the various components efficiently and safely."

TCS designed, built and supplied the warehouse cranes, transfer cars, and sorting cranes for this process. Van Steenberge: "That is the hardware of the system, we provided the software. We collaborated very closely with TCS to perfectly align the crane dimensioning and process automation. Afterall, TCS has the experience and expertise to correctly size cranes for the entire 20-year life cycle, taking the expected load cycles into account. They also made sure the cranes are easily maintainable. We had to deliberate continuously going forward because their design and the dimensions of the cranes have an impact on the acceleration and deceleration speeds and thus on the duration of the different movements. Those are crucial parameters in such automation, and indispensable to be able to adjust the electric motors very precisely."

A first test rig was built at TCS in Houthalen-Helchteren "During the test rig we performed a manual test of each crane individually," Van Steenberge clarifies. "Only after the test, we assembled everything at the new terminal in Ghent, with the cranes on the rails in their final location. This allowed us to test and properly adjust the system as a whole, as well as the interaction between the various cranes and the anti-collision devices. After that, in cooperation with operator Euroports, we also finalized the fencing and the demarcation of the safety zones.”

This new concept is another big step forward in performance, efficiency, and safety. I can safely say that this makes us a pioneer in Europe and the world. We were also very pleased with the engaging and constructive cooperation with TCS. It is refreshing to be able to exchange expertise and experience at such a high professional level.

Pioneer in Europe and the world

Van Steenberge is noticeably proud of the result. “This new concept is another big step forward in performance, efficiency and safety. I can safely say that this makes us a pioneer in Europe and the world. We were also very pleased with the engaging and constructive cooperation with TCS. It is refreshing to be able to exchange expertise and experience at such a high professional level.”

The new indoor terminal is hyper-efficient, available day and night and under any weather circumstances. 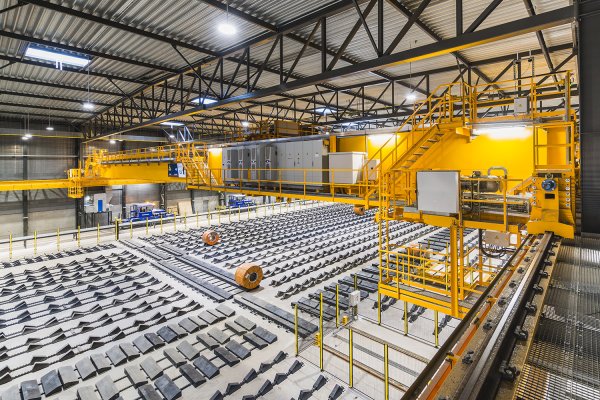 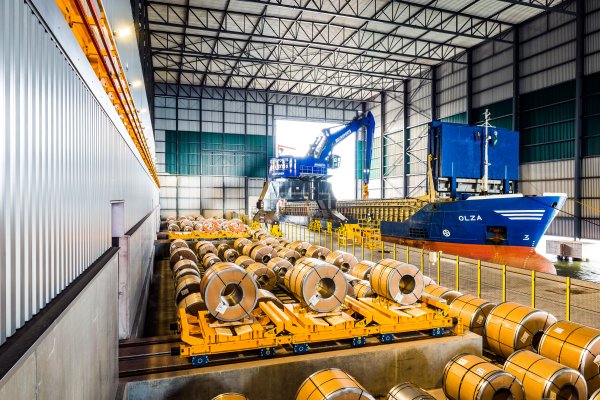 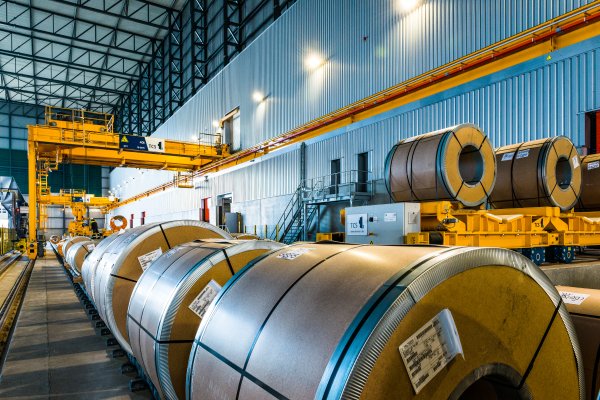 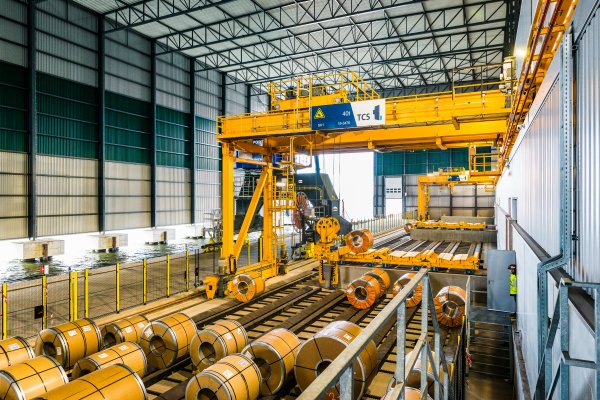 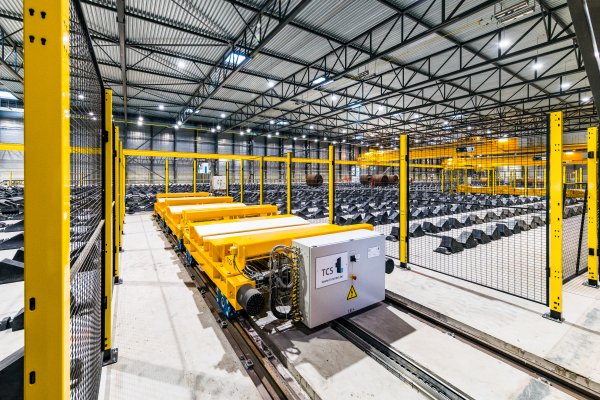 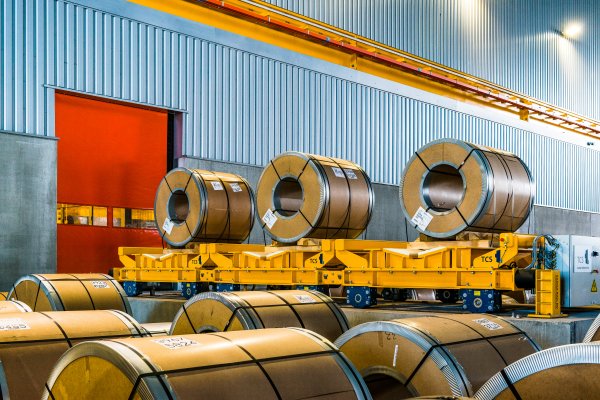 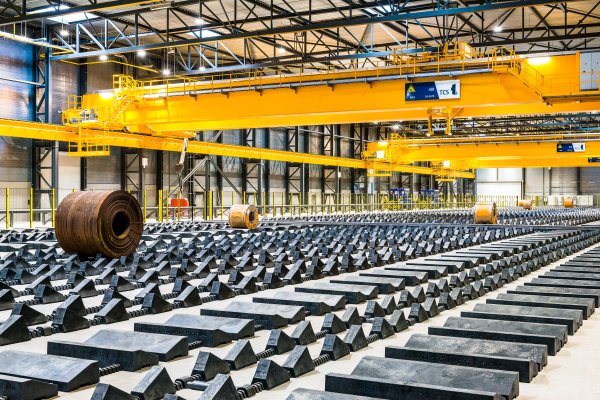 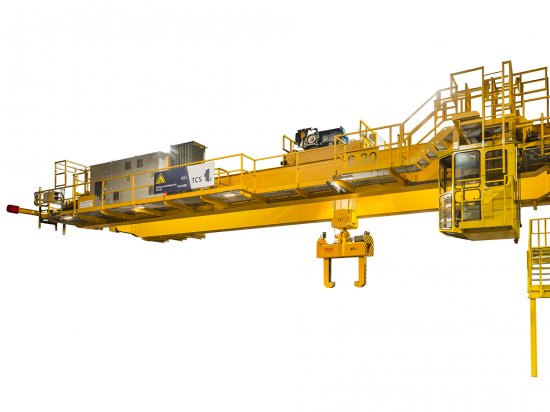 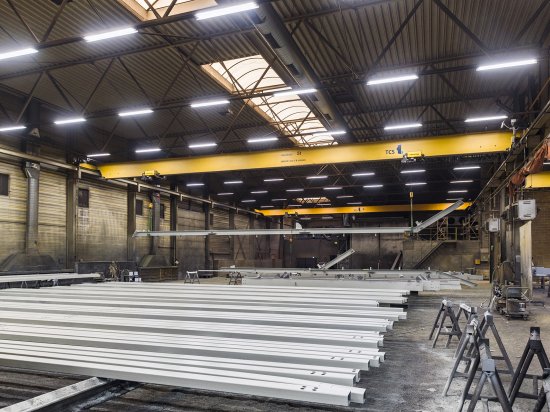 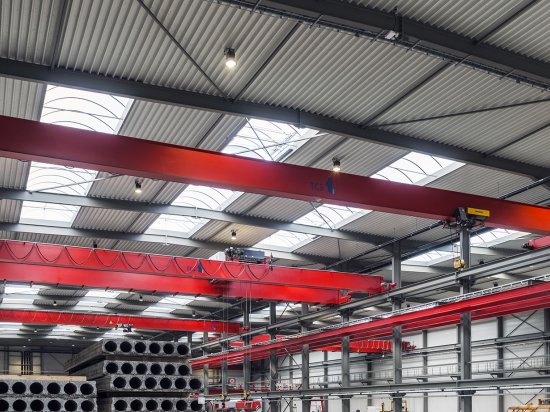 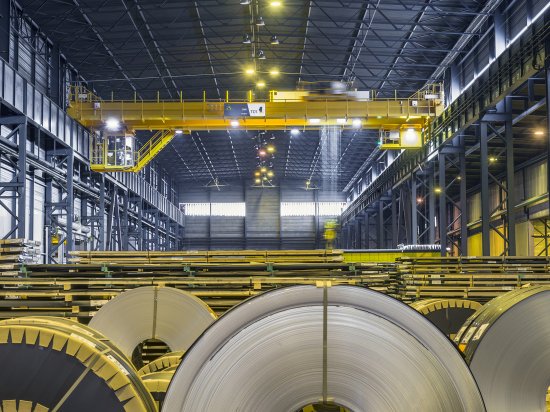