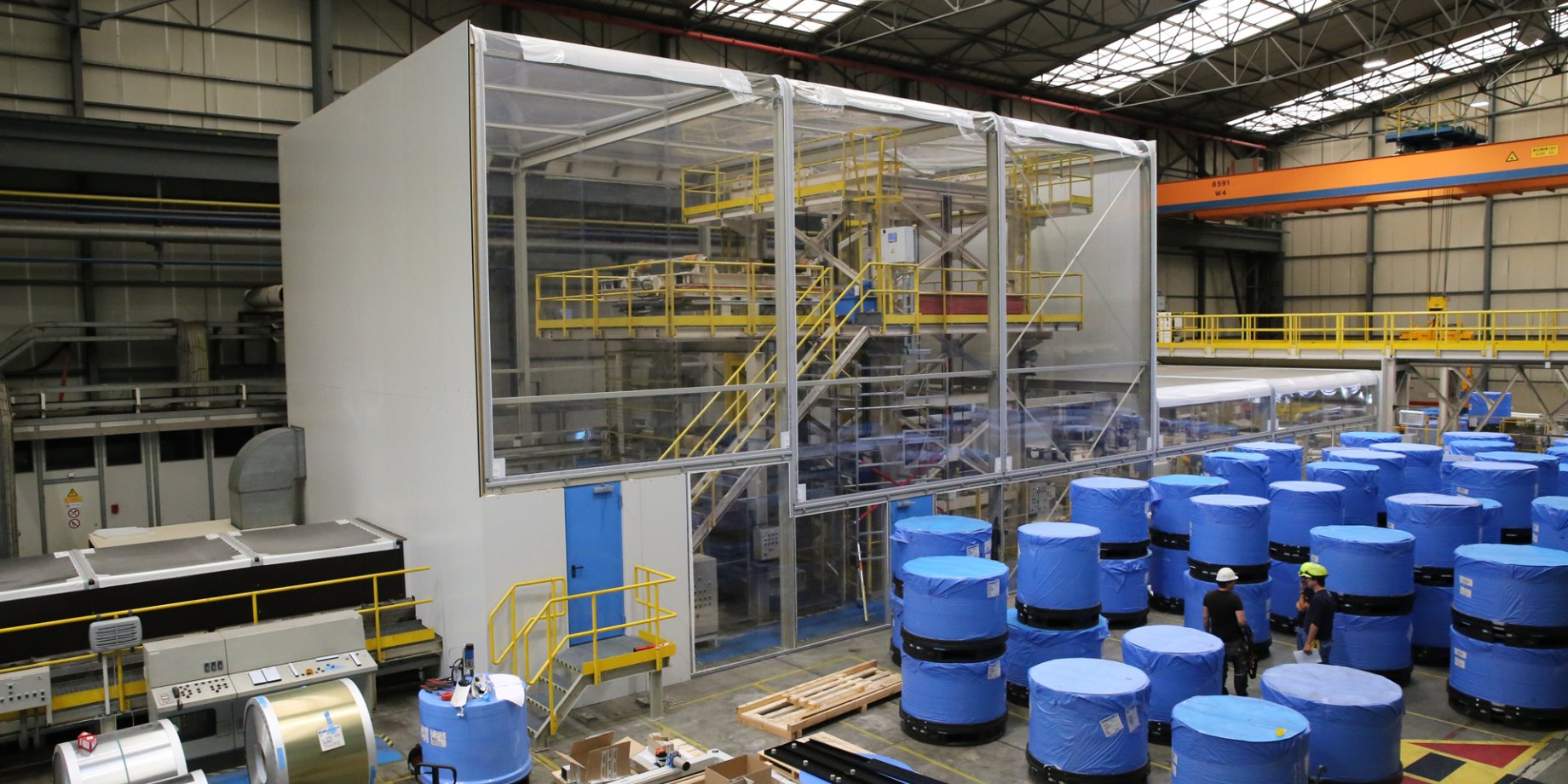 Tata Steel Packaging in Duffel (Belgium) has installed a unique protection system at their Protact® packaging material production line. Designed for quality assurance, the system was developed in close collaboration with TCS, whose engineers drew inspiration from facilities as diverse as cleanrooms and concert tents.

Protact® is Tata Steel’s patented food-safe material used in the manufacture of cans for food, drinks and aerosols. It is made from a steel substrate with a three-layer polymer coating on each side. “The material is an excellent alternative to lacquered steel and is well appreciated for its efficiency of production and branding flexibility,” says Tata Steel Duffel Site Manager Jan-Willem Vos. “The material was developed around the turn of the century and has gradually earned a substantial market share, especially since 2009.”

The success has had its downsides, however, as with increased production volumes some quality issues have emerged. “We found that the three-layer coating could have holes in some places, leading to a significant increase in the rejection rate at internal quality control, especially during the summer season,” explains Vos. “Analysis showed that the problem was caused by various contaminants affecting the steel prior to coating. It could be tiny grains of sand, moisture or insects. We clearly had to find a way to better protect our production line from insects and other contamination sources.”

Searching for a workable solution

Tests were carried out using an auxiliary protective structure. Technical & Process Manager Peter Borremans elaborates: “We built a structure around the production line to sort of enclose the process. The rejection rate went down almost immediately to acceptable levels. This proved our case, but the solution wasn’t workable in the longer term because the structure had a negative impact on working conditions, requiring us to install extra lighting and take additional safety precautions. In addition, it made maintenance and cleaning much more difficult. So, what we needed, in fact, was a transparent structure that could be put up and taken down quickly.”

Quality is significantly better, because of the improved sealed setup, and cleaning and maintenance can be organised easily

Borremans knew that he couldn’t develop such a sustainable solution without help. However, the search for a partner proved quite difficult. “Various companies put forward proposals, but they all fell short, mostly because installation and dismantling would be too cumbersome. But then TCS came up with their idea. They proposed to draw inspiration from concert tents, an area in which they had acquired valuable experience through their work with concert stage developer Stageco. TCS’s proposal convinced us, and so we worked closely together to design and develop this transparent, modular, lightweight, and easy-to-use protection system tailored to our needs.”

Amazing how well it works

Known as TEPE (Total Enclosed Protact® Environment), the system consists of a modular steel framework with transparent flexible plastic sheeting that can be installed and removed easily. 12 metres wide and 10 metres high, it protects the production line over a length of 40 metres, without unwanted side-effects. Borremans confirms: “Working conditions are much better than they were in the old set-up, with everyone having a perfect view over the entire process. Quality is significantly better, because of the improved sealed setup, and cleaning and maintenance can be organised zone by zone, leading to minimal production downtime. It’s amazing how well it works. I’m sure the solution will find its way into other production environments too.” 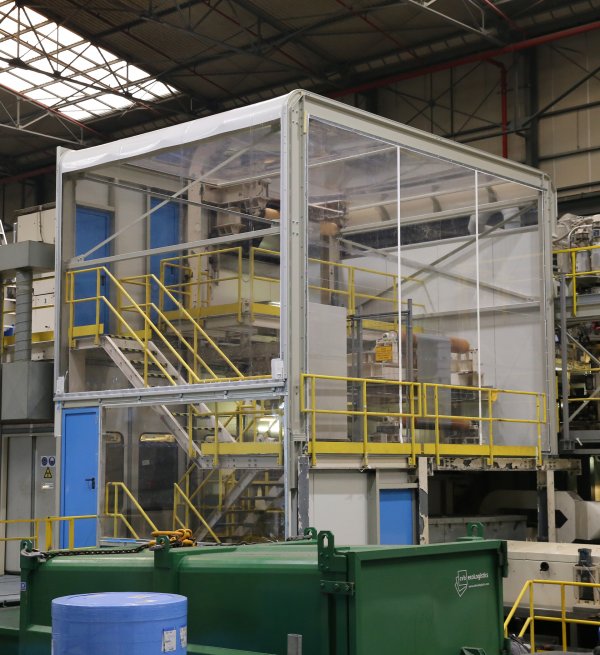 The system consists of a modular steel framework with transparent flexible plastic sheeting that can be put up and taken down easily. 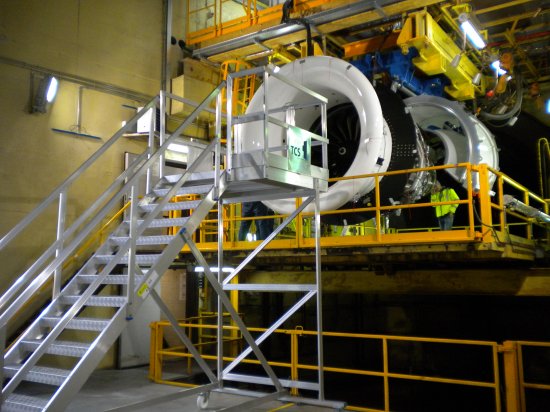 Upgrading an aircraft engine test cell
Problems arose due to a supplier having ill-conceived the adaptor, but TCS fixed that for us
Yves Lagrange, Maintenance Director at Snecma Services Brussels (Belgium)
Read more
Reading time
5 minutes 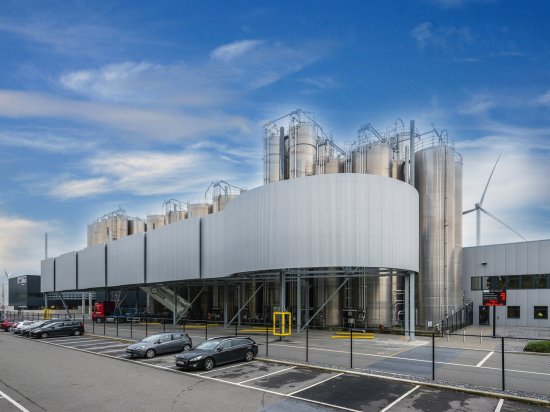