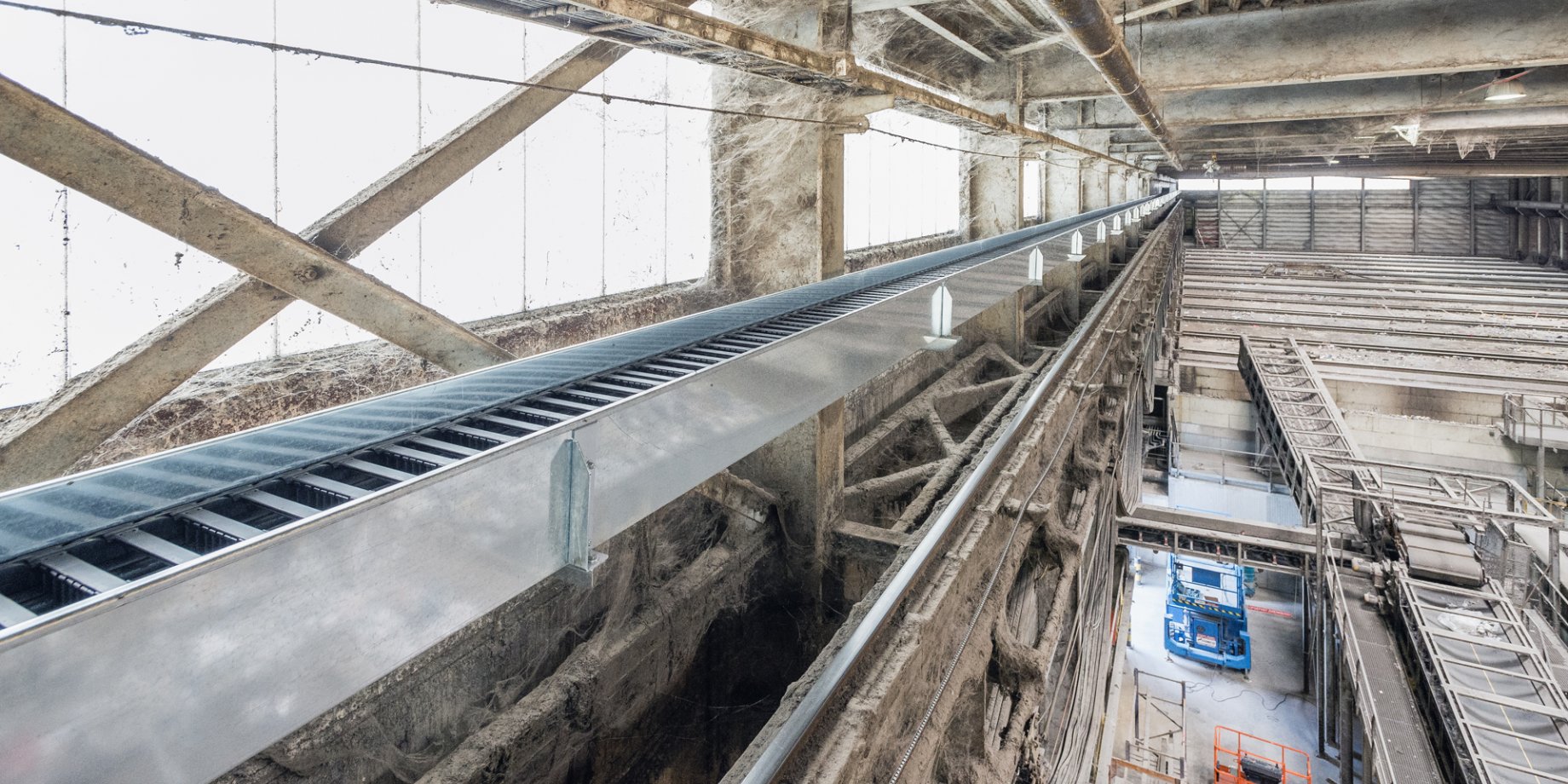 Recurring instances of damage to the festoon cables of their overhead cranes prompted the MBS waste-processing facility to rethink the cranes’ power supply cabling. “The issue looked to be quite tricky,” says MBS Technical Manager Geert Van den Broeck. “Only a handful of suppliers proposed possible solutions, and most were unconvincing. Fortunately, TCS came up with a cable chain system from IGUS, which proved to be the perfect answer.”

At the waste-processing facility (see ‘Mechanical Biological Separation’), municipal solid waste is handled by two overhead cranes equipped with scrap grippers. The cranes were installed in 2004 and equipped with a festoon cable system for the power supply, which needed to be quite bulky given the 116-metre travelling stroke of the cranes. “Unfortunately we ran into problems with it after just a few years,” says Geert Van den Broeck. “The festoon cables and trolleys suffered frequent damage in the heavy operating conditions, especially with the high speed of 2.5 m/s and frequent and abrupt accelerations and decelerations. This very often resulted in cracking to the cables and trolleys colliding at high speed, so we regularly needed to install spare cables and trolleys, leading to unplanned production downtimes.”

Putting an end to uncertainty

Subsequent improvement projects did not solve the problem. “I remember that in 2010 we replaced the entire system, using alternative components and an improved detailed design,” explains Van den Broeck. “But the problem reappeared in 2012 and increasingly risked jeopardising our service. Don’t forget that our waste treatment process should rigorously keep up with the flow of waste, otherwise we’re in the headlines! Eventually we opted to circulate a Request for Proposal to crane suppliers to put an end to the uncertainty.” 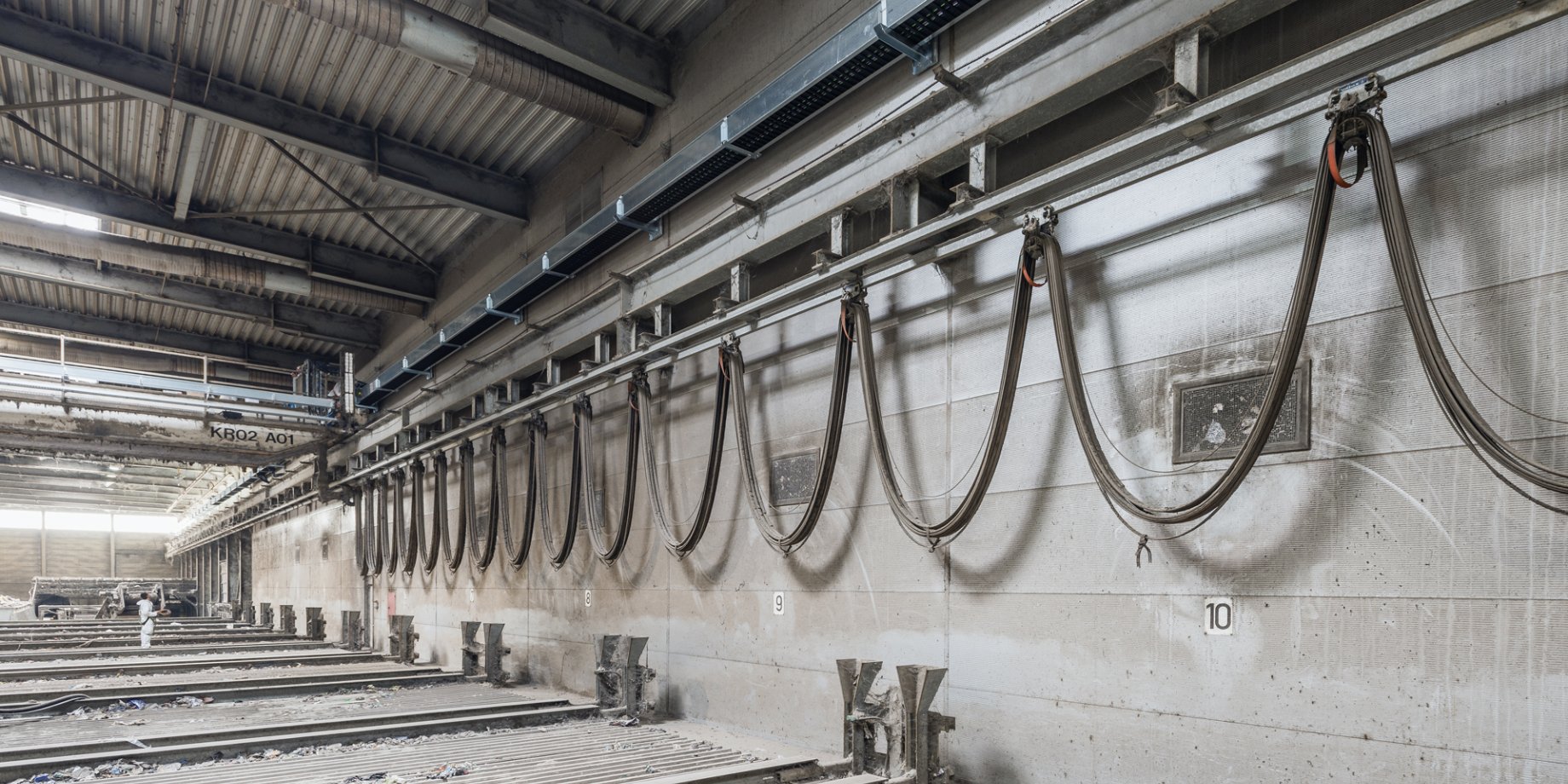 The frequent and abrupt accelerations and decelerations often resulted in cracking in the cables and trolleys colliding and suffering damage.

The request produced only a handful of proposals, and most of them were barely adequate. “They said they would over-dimension the system with thicker cables, larger trolleys and increased cable bending radiuses,” says Van den Broeck. “But that wouldn’t do, because it wouldn’t eliminate the danger of collisions and would lead to an unacceptable increase in weight. But then TCS came up with the idea of a cable chain, a solution widely used in production machinery but not so common in cranes. They recommended one of the newest IGUS products, which is capable of handling the high speed and acceleration rates we have here.”

The proposed IGUS E-chain is designed to operate at high speed and acceleration rates. 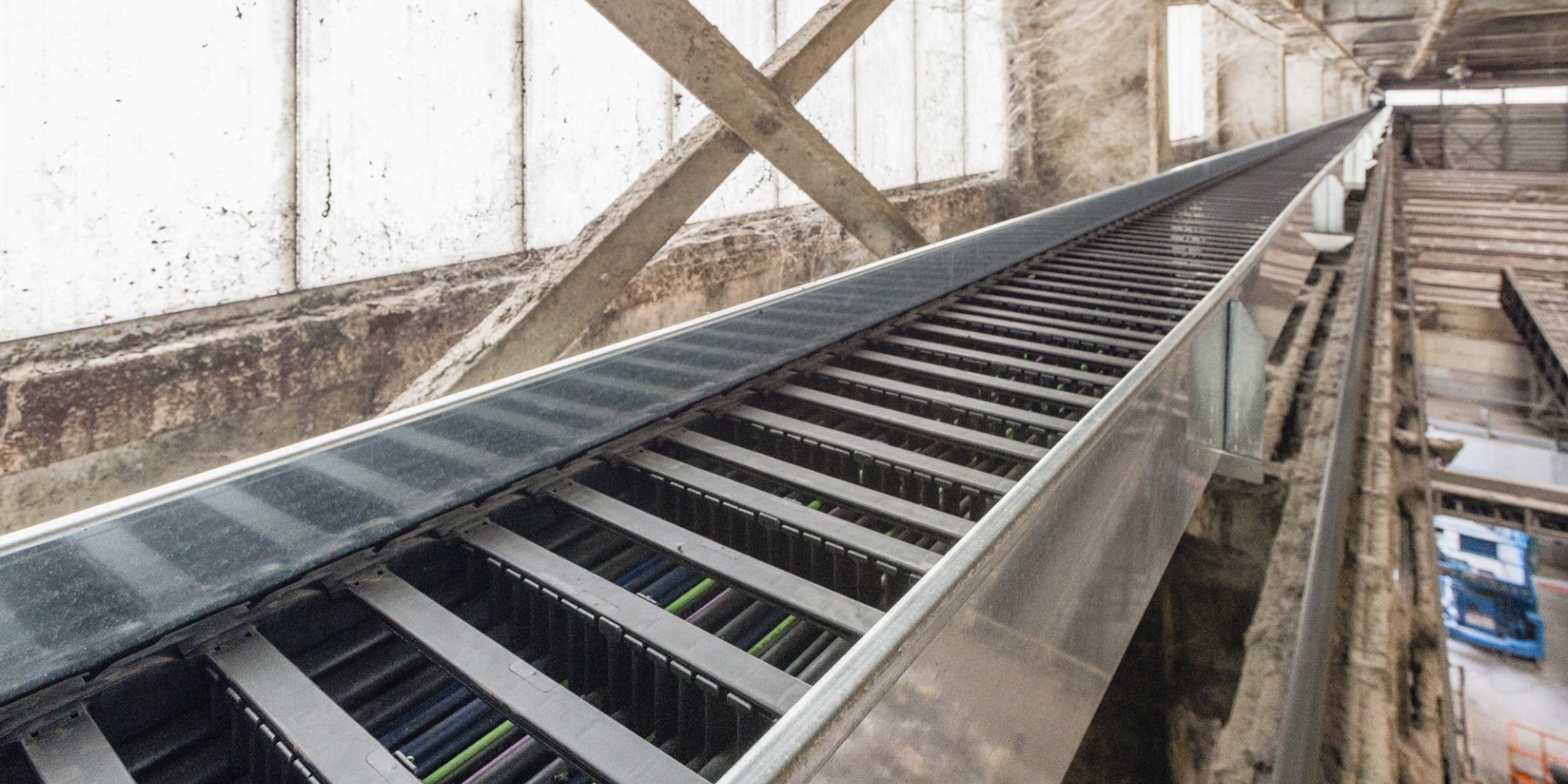 The cables are embedded in a plastic gear, which runs smoothly within a cable gutter.

The cable chain system proved to be a smart option in many ways. Van den Broeck: “First and foremost, it’s much more reliable than a festoon, because the cables are embedded in a plastic gear, which runs smoothly within a cable gutter. And then it’s so much lighter, because cable length is reduced by about two thirds.”

Installation was a real challenge, however. “The problem was that we operate 24/7 and cannot afford a long standstill, given the continuous supply of municipal waste,” says Van den Broeck. “But TCS was able to reduce installation time in a number of ways, for example by carrying out preliminary activities during production. And their combined expertise in cranes and steel construction came in handy to speed up the whole process.” 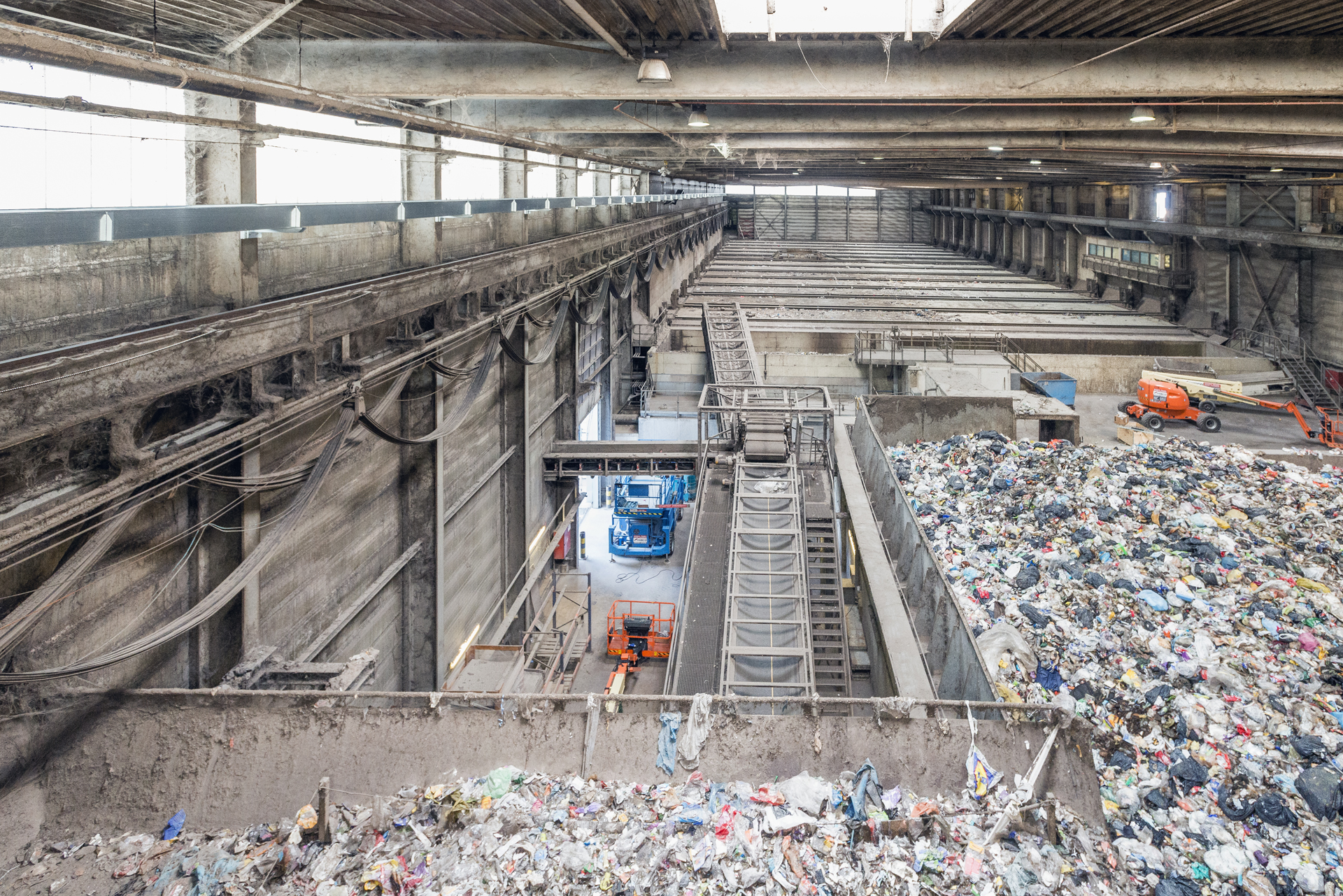 MBS refers to Mechanical Biological Separation, a waste treatment process using a mix of mechanical and biological treatment methods. Director Benny Eyckmans explains the process: “We collect the waste in a 2,500 tonnes capacity bunker where it is then shredded. Overhead cranes then cast the shredded waste into a number of drying tunnels, where it goes through a biological treatment process for eight days or so, depending on the moisture content. We reduce the moisture content to about 15% and the extracted water is treated and subsequently used in our downstream processes. A variety of mechanical separation techniques further lead to the delivery of batches of ferrous and non-ferrous metals to be recycled, inert waste to be used in the construction industry, and Solid Recovered Fuel for combustion. The system is fairly well established in Germany, but I think we are the only facility of this type in Belgium.” 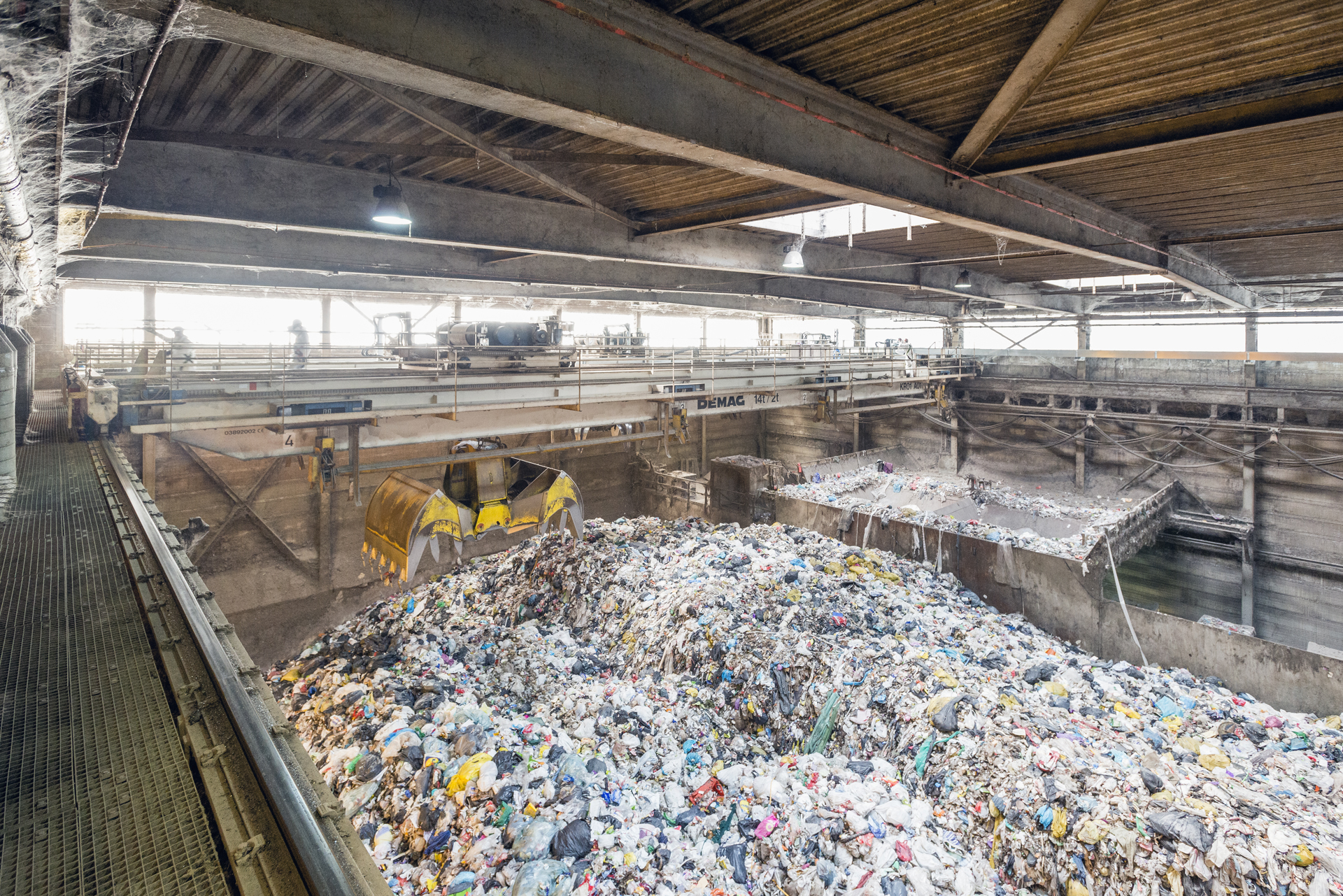 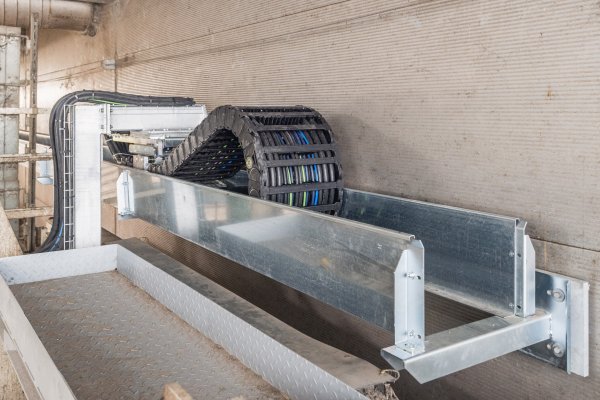 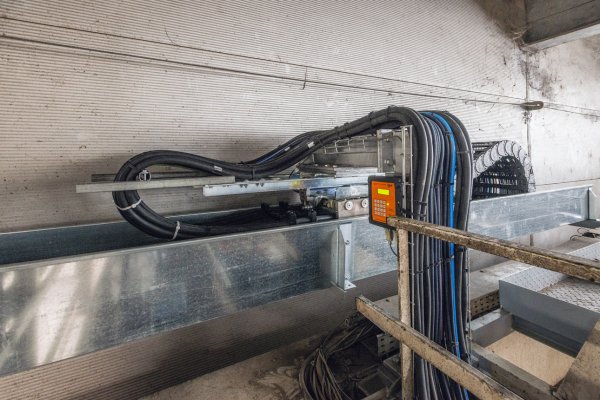 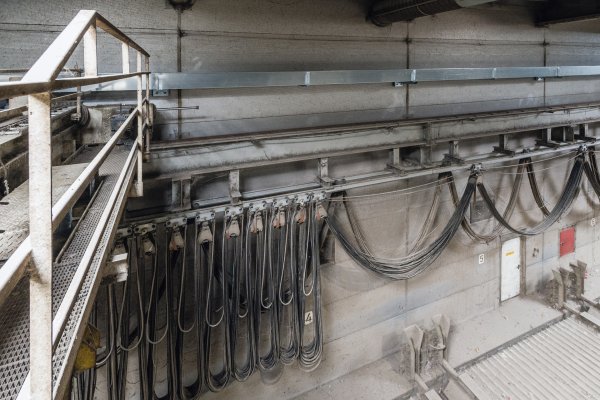 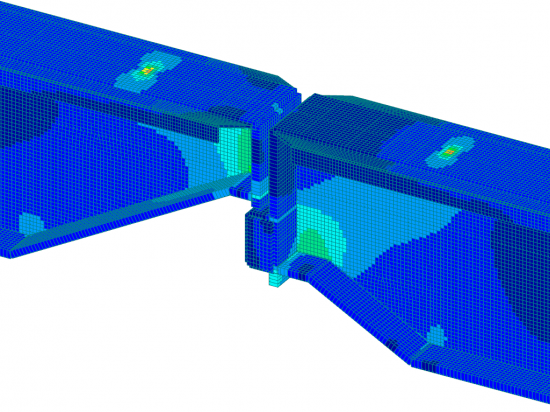 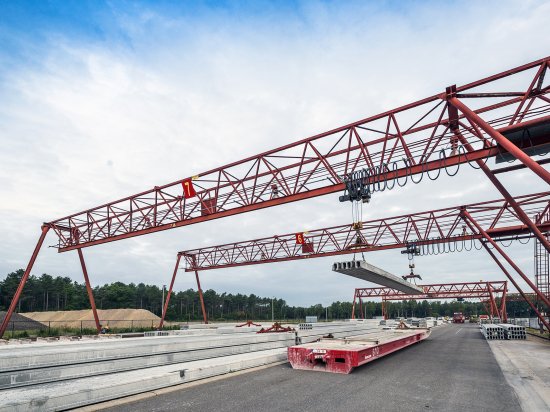 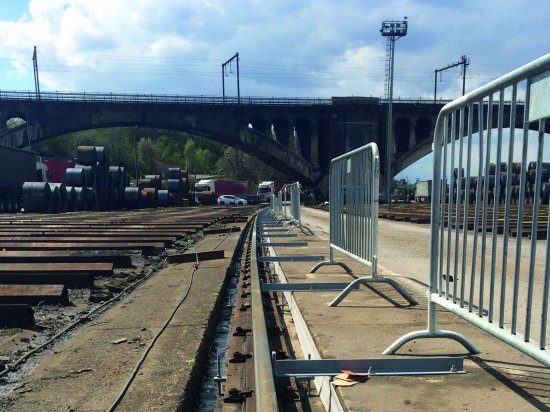 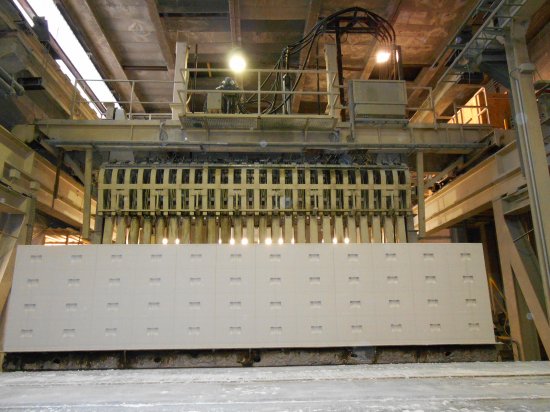 Emergency repair at Xella: back in business the next day
I feared for a rather long production standstill, but they were able to help me out quickly
Gunter Van Hal, Maintenance Manager at Xella Zwijndrecht (Belgium)
Read more
Reading time
3 minutes
END_OF_DOCUMENT_TOKEN_TO_BE_REPLACED