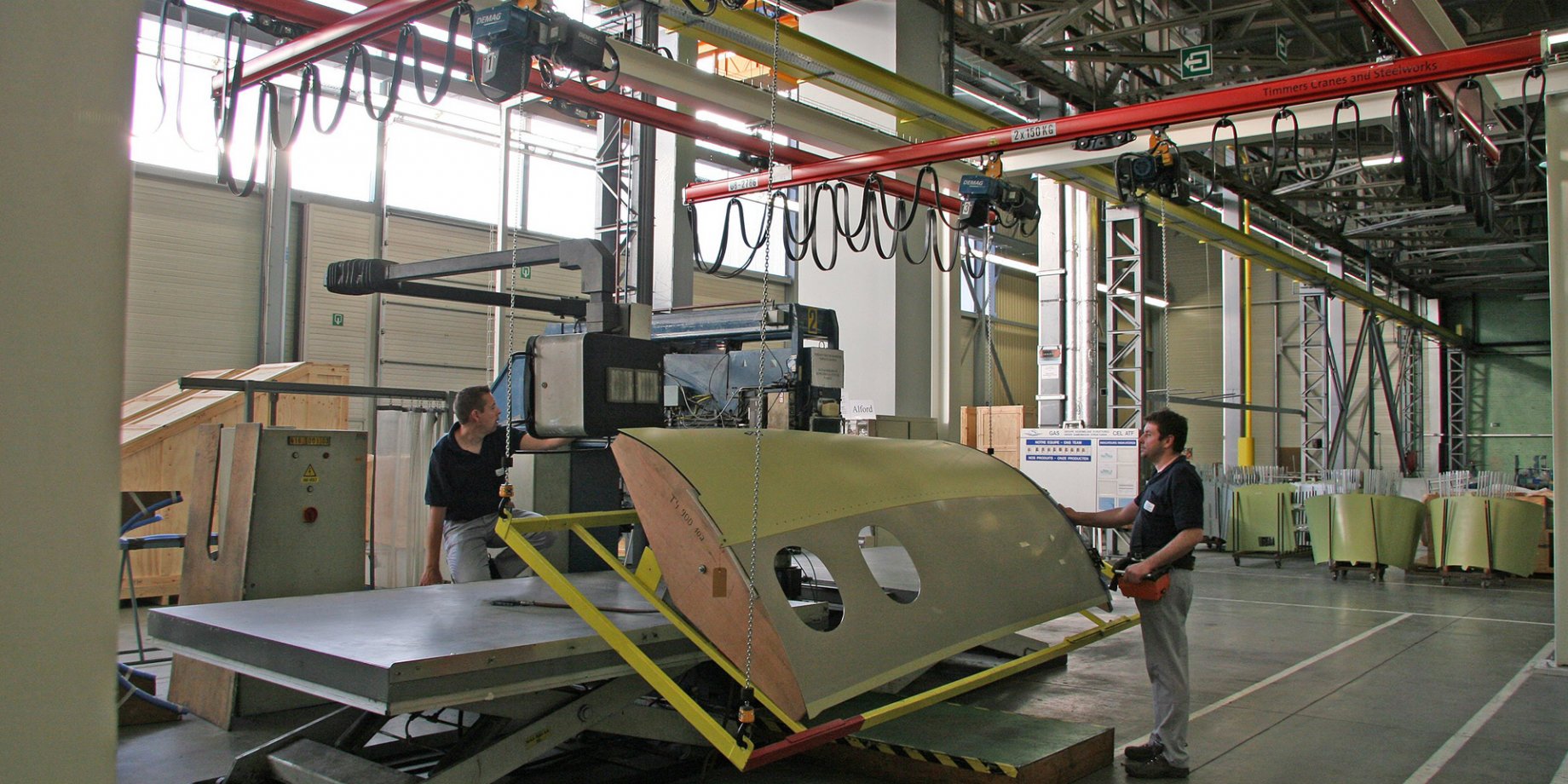 The peculiarities of aerospace

There’s no industry like the aerospace industry. In contrast with the automotive sector, the level of automation in assembly workshops is much lower. “We do a lot of manipulations manually,” says Patrick De Naeyer of the Belgian aerospace constructor SABCA. “But we really need appropriate tools for that.” The recent installation of a tailormade KBK crane solution to manipulate Airbus parts is a good example.

SABCA’s experience in the aerospace industry goes back as far as 1920. In the aftermath of the First World War, the company started to produce mainly for the Belgian army; it continued to do so for many decades. However today, the company is increasingly working for the civil aircraft industry (Airbus) as well as for European space programmes (Ariane).

A series of highly-equipped work stations

Manufacturing at SABCA is a very sophisticated process. De Naeyer: “In the aerospace industry, the volumes are rather low which means the automation of the production process is a real challenge. In our assembly workshops we don’t have any conveyor belts equipped with robots, but we do have many different manual work stations, each of them equipped with special machines and instruments used, for example, to rivet aluminium plates and pieces.”

Another big difference is that most of the plates and elements are geometrically much more complex than typical automobile parts. De Naeyer explains: “With commercial cars, the geometry of the elements is simplified in order to improve feasibility. This cannot be done in aerospace, where the slightest deviation from the original design can seriously compromise the aerodynamic behaviour.” 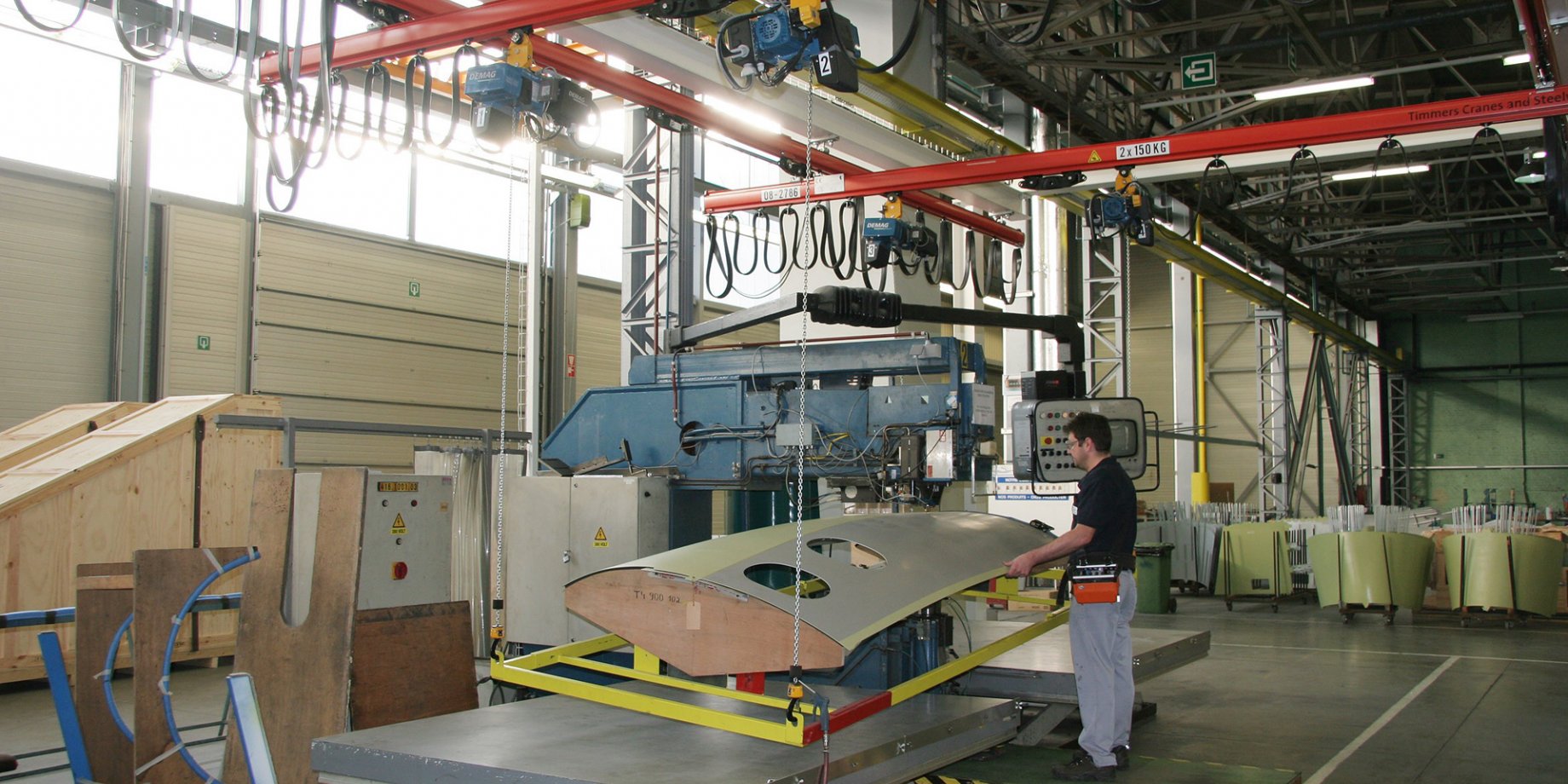 The KBK tool allows the correct positioning and rotation of the curved wing plates under the rivet brace.

The precise nature of aerospace designs means SABCA often has complex curved 3D plates which are extremely difficult to manipulate manually. This leads to many inconveniences. De Naeyer recalls the difficulties they used to have with manipulating the curved elements of the Airbus 380: “Our workers found it awkward and inconvenient to position the plates correctly for riveting. Luckily, TCS helped us out last year. They developed a tailormade solution based on a Demag KBK crane with four hoists operated by means of only one practical remote control. With this tool, it’s much easier to cant and tilt the wings to position them correctly under the rivet brace. It’s a great relief and gains us a significant amount of time in the production process.” 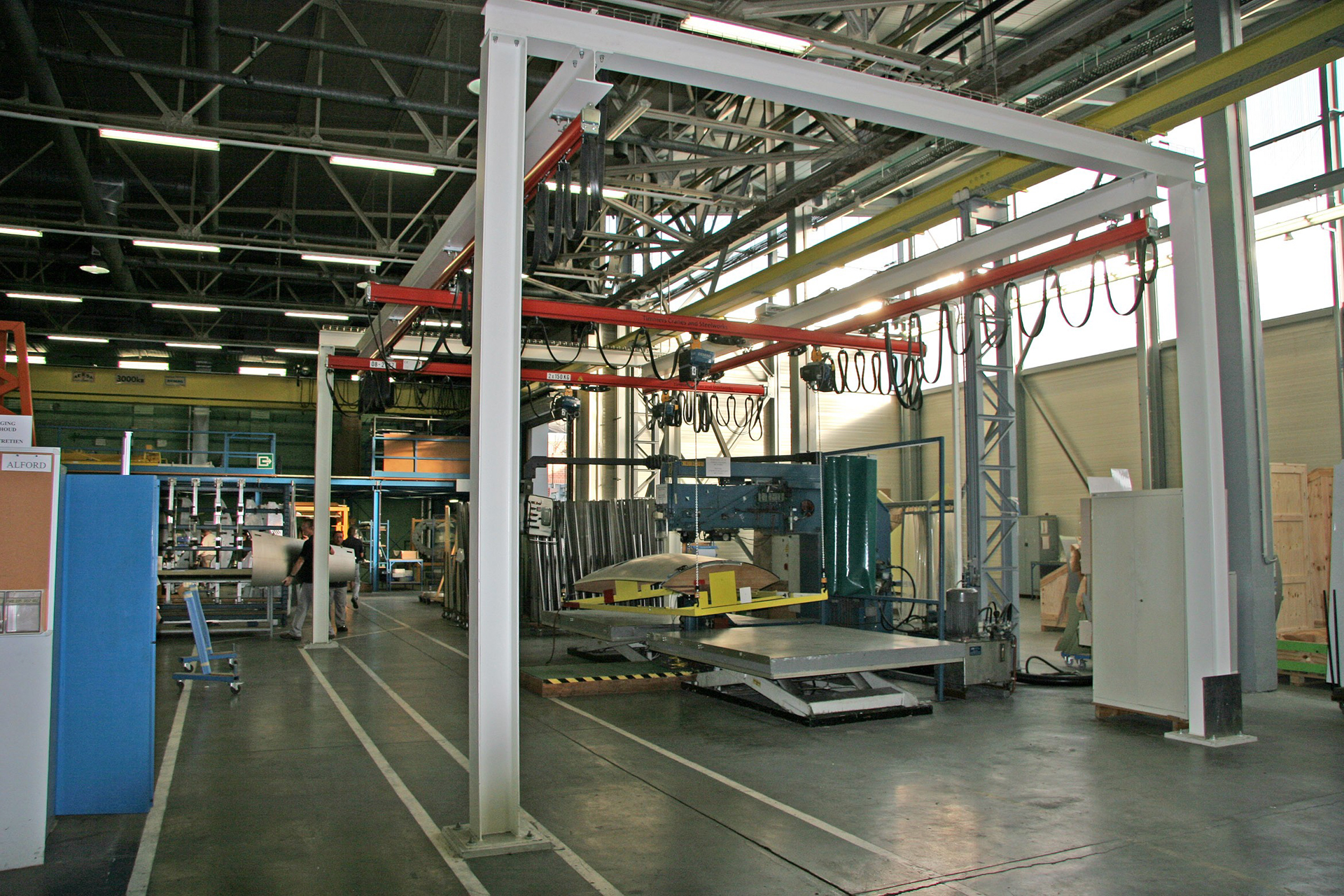 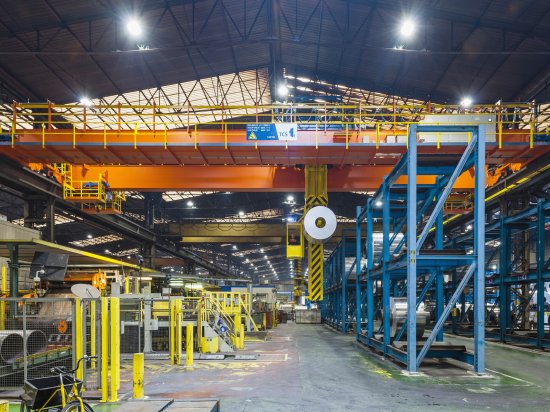